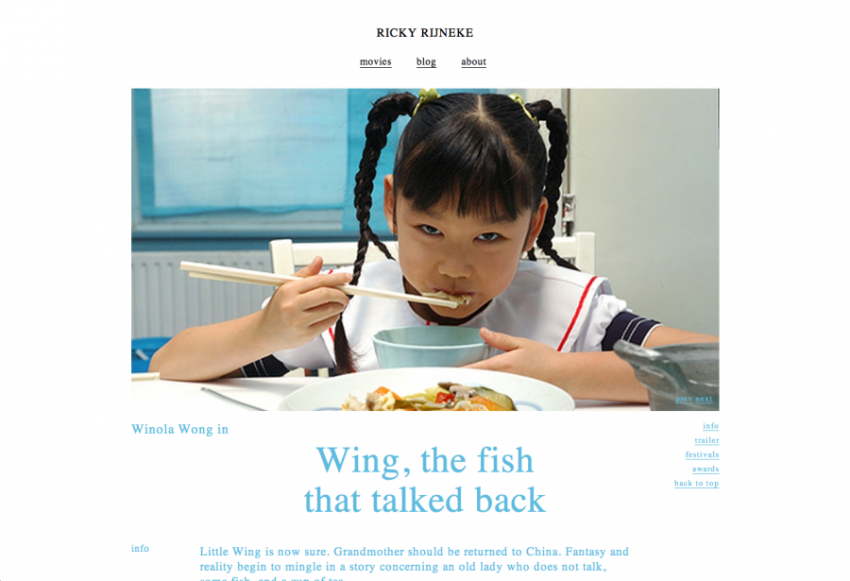 Ricky Rijneke graduated as Master of Arts in European Media with honors. She is a film director who also works as scriptwriter, editor, photographer, graphic designer and producer. Her first feature film Silent Ones was a Tiger Award nominee of the Rotterdam Film Festival 2013. The website is part of her promotion towards festivals and the film industry. Each film is displayed, the synopsis, credits and a list of awards and festivals can be found. For the website we wanted the main focus to be the film and place Ricky behind her own movies. It is the ideal long banner shown next to the door in the cinema. Each movie has its own page and can have it’s own color. The typography keeps everything together. The unique color palette of each film is continued in the color of the typography and thereby creating a whole.